The Energy consumption of an electric ferry is affected by many external and internal influences. In the GIFT project, Hafenstrom has partnered with NTNU in identifying parameters and developing algorithms for prognosis of battery capacity at any given position of the ferry – both in the future and in the past. These will be demonstrated in a model of a ferry crossing between Stornes and Bjørnerå near Harstad in Norway. The results are planned to be replicated and tested through digital twins managed by NTNU.

Battery technology is in a constant flux of development. Planning based on current knowledge may be obsolete in 5 years’ time. Hafenstrom has therefore emphasized a modular approach to calculating relevant values, ensuring that todays 30/80 Depth of Discharge (DoD)/State of Charge (SoC), may be adjusted to new boundaries based on State of Health and cyclic counters (estimated or reported by an onboard Power Management System).

Battery capacity aside, the biggest challenge is lack of proper standards relevant for portside charging. In the GIFT project this limits how much time can be spent recharging the ferry while it is docked during loading/unloading. Since the ferry is only docking for 10 minutes while being in transit for about 16 – 17 minutes, Ferry Energy Management Systems (fEMS) needs to be based on well-known and understood values and principles.

The new ferry that is planned to replace the current ship, will according to updated information be fully electric. The original calculations were based on a hybrid configuration with 60% electricity, and the rest using a biofuel aggregate to recharge the battery while portside. Thanks to the modular approach Hafenstrom use, this information was integrated with just minor adjustments in the system configuration.

These configurations make it possible to add and adjust parameters related to climate conditions such as heat and cold, wind and waves, currents and tides, resistance base on the shape and material of the hull, and of course tonnage and load in general. Furthermore, heat radiation vs. insulation, propulsion and navigation profile have a major impact as well.

Throughout the course of GIFT project, Hafenstrom plan on running internal test on values generated by the calculations and compare the results with the digital twin implementations provided by NTNU.

An electric ferry is an integrated part of the energy ecosystem. The vessel can serve as a prosumer, thus influencing available capacity on the local distribution grid. This is particularly important in the Harstad pilot, where the electric ferry will be putting a strain on the limited subsea power cable that cross between the mainland (Hinnøya) and the island (Grytøya).

Future articles will discuss the chargers and dwell more into lessons learned from other projects regarding the significance of navigation data from AIS, machine learning and balancing power consumption from batteries based on journey profiles when consumption is outside of boundaries. 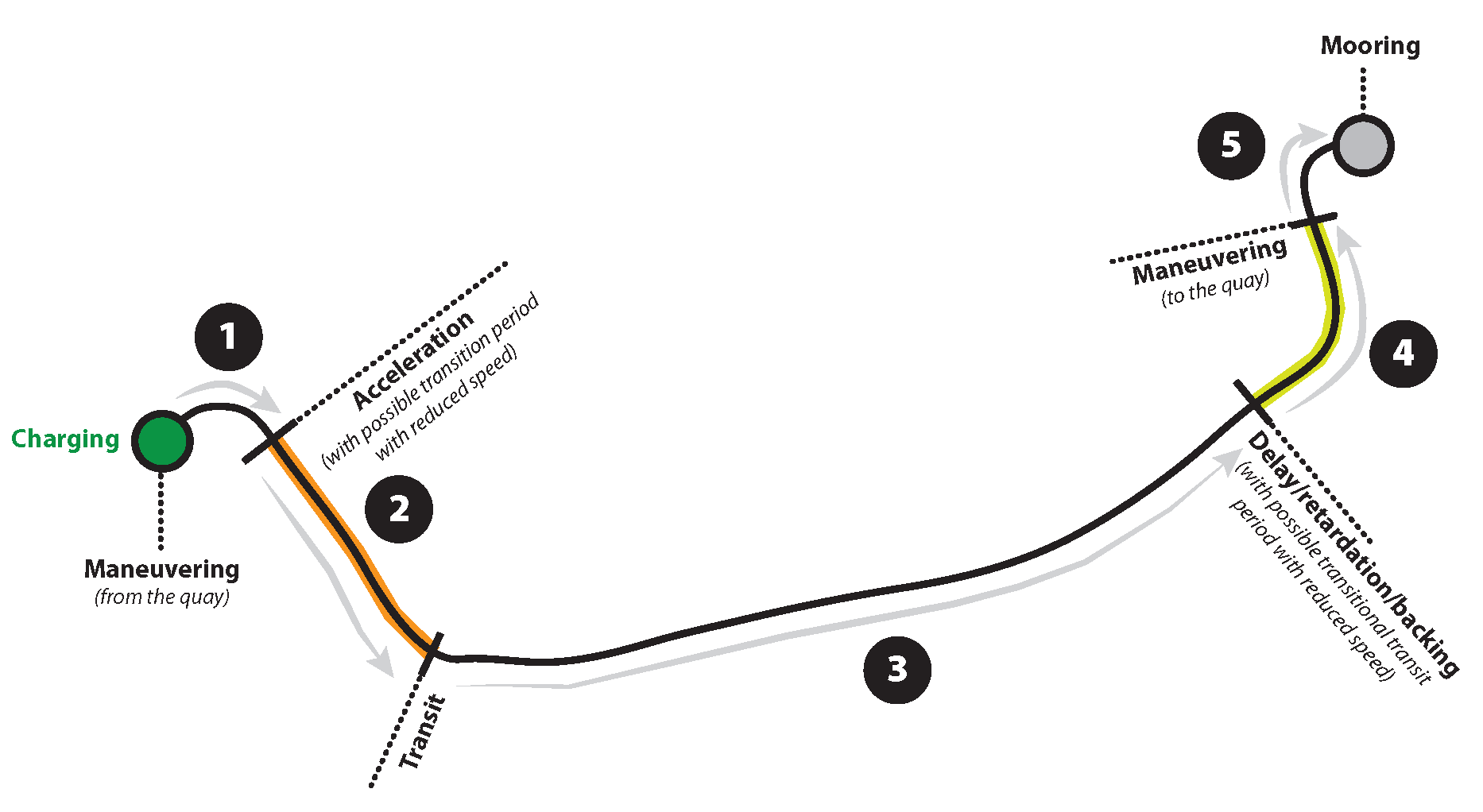