A consortium of European partners has demonstrated how the Internet of Things (IoT) can be used to improve autonomous driving. Autopilot (Automated driving progressed by IoT) is a large-scale pilot programme funded by the European Commission in which partners such as Ertico – ITS Europe and TNO tested IoT-enabled autonomous vehicles (AVs) in France, Finland, the Netherlands, Italy and Spain.

Other partners involved in Autopilot include IBM, Continental and Huawei.Speaking to media at an event in Versailles, near Paris, Bart Netten, senior scientifi c researcher at TNO, said IoT brings environmental detection into the vehicle which is then fused with on-board sensors.

“This information allows us to look beyond the line of sight of on-board sensors, and what we will see is how we can detect obstacles, pedestrians, cyclists and crowds,” he explained. “For autonomous driving, this means we can anticipate obstacles and road hazards earlier than the vehicle can detect. Having this information means we can re-route AVs, which saves time because you don’t have to slow down for pedestrians or crowds.”

According to Netten, new functionality can assist AVs with platooning information to help them fi nd each other.“By providing a cloud service, we allow users to organise themselves from longer distances. This service offers the route, schedule and information on how to team up at the rendezvous point at the same time,” he concluded.Filippo Visintainer, technical fellow at CRF, claimed the benefi ts of IoT relate to the availability of data and the discovery of “rich information” from the road in anticipating sudden hazards and events.

“For instance, the status of the road and the possibility of going off-road due to potholes, which is a risk for autonomous driving,” Visintainer said. “The second thing is to enrich existing connected services that may be private with IoT data from the public infrastructure so you can have better connected services for navigation, routing and parking.”

Looking ahead, Ovidiu Vermesan, chief scientist at Sintef, insisted that more projects which combine IoT, ITS and V technologies are needed to improve autonomous driving functions. “Applications and other technologies are pushing IoT to move along, so fi rst of all we see more and more convergence of technologies,” he said. “Then we see IoT and autonomous driving will focus on the inclusion by default and design of privacy, safety and security, and this has to be considered at the component level and at a service and application level.

”Vermesan elaborated that development in the industry will focus on electric, con-nected, autonomous and shared vehicles.“What these elements will have in common will be IoT or data platforms. In all these areas, one thing we will see coming, again and again, is Energy as a Service, Mobility as a Service and Autonomy as a Service,” he beamed.IoT appears to offer clear benefi ts for AVs and may play an important role in providing consumers with that much needed reassurance that the technology is safe. As the industry moves into SAE level 3, IoT could become a key component in the journey toward full autonomy. 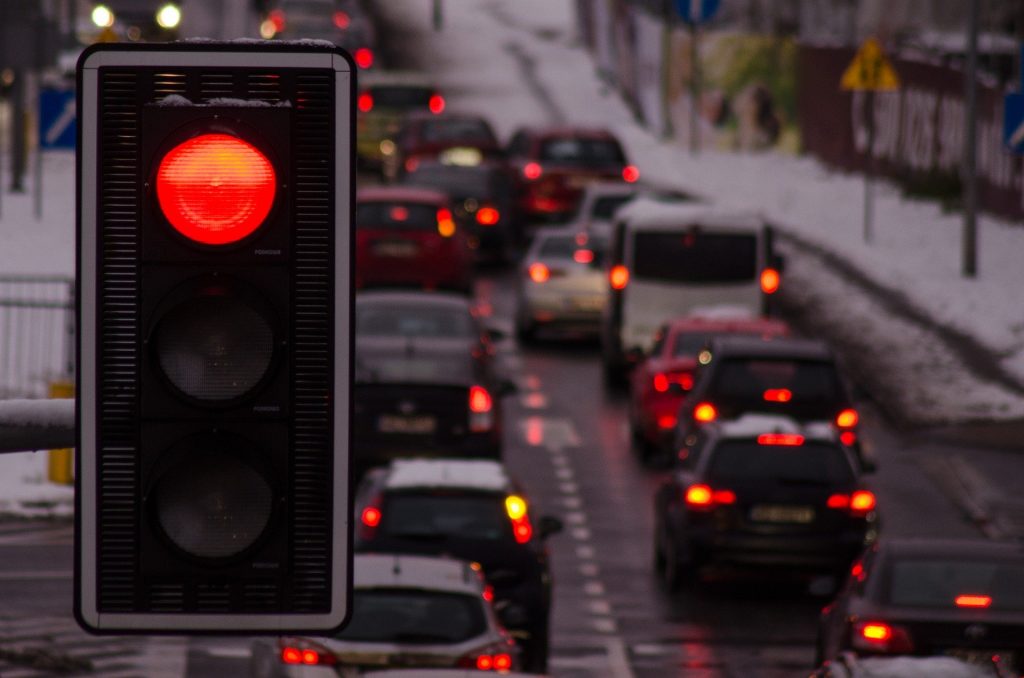 The next test allowed a smart traffic light with an IoT camera and roadside unit with edge capabilities to detect VRUs. This information allowed warnings to be sent to the vehicles about users crossing on a red light. A third urban driving trial showcased how IoT sensors can be controlled – based on data sent from the AVs – to control the traffic light.

For automated valet parking, an autonomous system utilised IoT to reserve a parking space via an app and carry out drop-off and pick-up manoeuvres. Once the vehicle, reached the drop-off zone, the driver followed instructions through the app and vehicle to go to the allocated parking space.  When the user requests the pick-up action, the vehicle drives to this area. The number of free parking spaces was registered to the IBM Watson IoT platform, which is asked by the mobile app to list available parking spaces and make a reserva-tion. In turn, this is registered on the IoT parking platform, marking the reserved parking space as ‘unavailable’.

When the driver executes the drop-off command, the coordinates of the reserved place are sent through IoT to the vehicle that will execute the parking manoeuvre. In a separate use case, platooning for autonomous fleet rebalancing was achieved through connecting vehicles, traffic lights and a traffic light control centre to a central IoT platform. This enabled the Traffic Light Assist Cloud service to provide speed advice over a long distance to a platoon crossing an intersection.

An additional scenario focused on VRU anticipation through IoT smartphone detection and an in-vehicle camera. This test utilised dynamic geofencing to enable detection only within the vicinity of the vehicle.Road-hazard anticipation was realised in a demo where vehicles, map providers, road monitoring system and control centres were inter-connected through a central IoT platform. Early warning of approaching vehicles and the execution of suggested avoidance manoeuvres were all automated.